Dragoncon and finshing up #RPGaDay 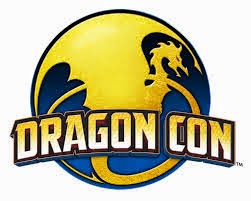 Tomorrow I head out for my 12th Dragoncon.  I started going in 2001 and since then I've only missed two years.  I skipped 2002 because I bought my first house, and 2007 because my wife and I were on vacation in Scotland.  Dragoncon is a mash-up of every Sci-fi/Fantasy fan-run con.  It's also HUGE.   I've heard it called Sci-Fi Mardi Gras.  These days Dragoncon is a chance to see all my friends that I only get to see at Dragoncon.

Cosplay is big at Dragoncon.  I've gone all out for costumes in the past.   It's a lot of work though.  This year I only have two costumes.   A Star Wars Sith Lord and one of the Stonecutters.   There's a whole bunch of us that dress up as Stonecutters, maybe as many as  seventeen this year.  I probably won't blog till I get back, so I thought I'd finish out #RPGaDay before I head out.

I'm usually  to busy to play any of the scheduled games but  my friends and I have a tradition that I run a game on Thursday afternoon before the con starts.  This year I'm running my friend +Chris Bare's homebrew system set in the world of Thundarr!

I don't know if any game has ever succeeded in making a truly functional yet graphically pleasing character sheet.  When I was a teenager, I made a post apocalyptic mash-up of Runequest, Call of Cthulhu and Aftermath.  Here's the character sheet for it. This is my favorite for the sheer home brew awesomeness. 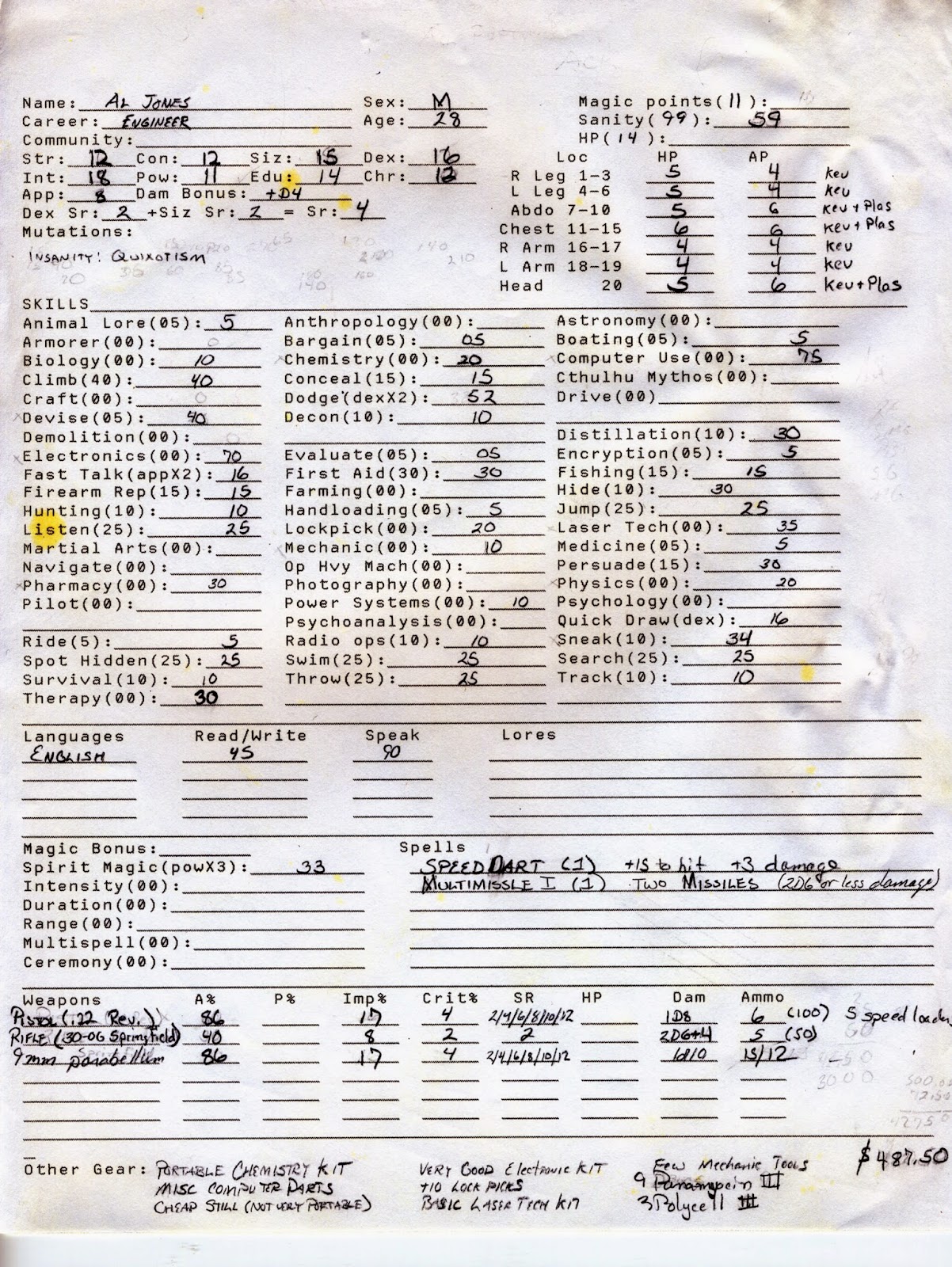 Day 27
Game you'd like to see a new edition of.

I'd like to see a new edition of Ars Magica.  I started running it with 3rd edition.  I never ran fourth or fifth edition, but I read both of them. Fifth edition came out in 2004 so it's due for an update. The covenant building and troupe style campaign in Ars Magica engages players in a way that no other game I've ran has done.

I can honestly say that I've never been scared while playing an RPG.   Sitting around a table with 6 other people with dice, character sheets,and drinks doen'ts really set that "scary" tone.  I've even tried to do scary in my Call of Cthulhu games.  The players usually respond with a hail of gunfire, or failing that they set the scary thing on fire.

This has got to be the "dynamite-in-the-pants" encounter from my old Deadlands game.  I wrote about it in an earlier entry.   Here it is again so you don't have to follow any links.

In a Deadlands game, one character was an old coot prospector.  He had a penchant for dynamite. He and another player were trapped in a jail cell by a vampire. The conversation went something like this:

Me: “You are in the back of the jail, the vampire is blocking the only way out.”
Prospector: “Is the Vampire wearing pants?”
Me: “Uhm…Yes?”
Prospector: ” I stick my lit dynamite in his pants and dive under the cot in the jail cell.”
Texas Ranger: “You WHAT?!”
Vampire explodes, players barely survive.

I own a 1st edition AD&D Dungeon Masters Guide and an early printing of the Holmes D&D rulebook.  I would  have to do some research to see what was the more rare, but I think those two may just be the "oldest"  and not the most rare.  My rarest RPG is most likely my Aftermath boxed set.  It was published later than the others but had a smaller print run.

Day 31
Favorite RPG of all time.

Dungeons and Dragons in all it's many forms.  My players are already wanting to try out 5th edition.