I have to get up early in the morning and travel for work so I'm going to go ahead and include Day 18 as well.

Day 16
Game you wish you owned.
This is another tough one.  I own A LOT of games.  If there is a game I wished I owned I usually just buy it eventually.  I sold off a lot of my roleplaying stuff in high school.  I wished I had a lot of that back. Currently, I'm scouring Ebay for a copy of 1st Edition Gamma World.

Day 17
Funniest game you've played.
Any game where my player Marc kills himself or others in a gloriously humorous fashion.  He's the "dynamite in the pants" guy.

Day 18
Favorite Game System
From my posts you might think this would be Swords and Wizardry or DCC but it's the BRP system from Chaosium.  This is the system that drives both Call of Cthulhu and Runequest.  I have adapted, converted, and run that system more than any other game.  I have run Call of Cthulhu almost constantly since I found it in 1988. My longest running campaign so far has been also been Call of Cthulhu.   At some point I'll post my Call of Cthulhu/Runequest post apocalypse game I made back in high school.  It's awesomely bad. 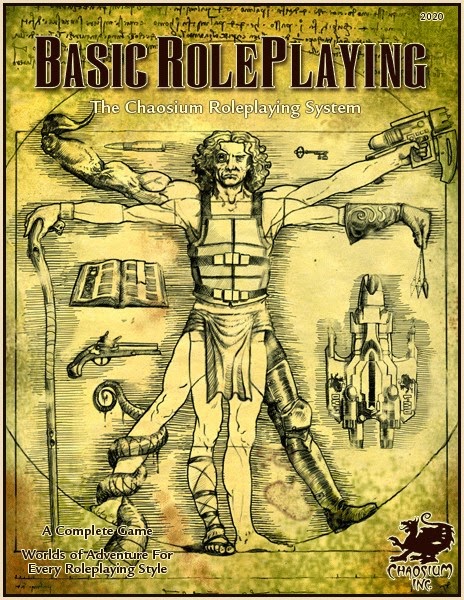