Picking up from part one.  I  discovered AD&D and from then on that's all my friends and I played.   We happily merged AD&D and Basic.  We ignored things we didn't like or seemed not fun, like weapon speed and encumbrance.  I ran all the classics: Tomb of Horrors, White Plume Mountain, Expedition to the Barrier Peaks, Lost Caverns of Tsjocath, the entire Giants- Drow-Demonweb campaign, Temple of Elemental Evil,  and even some Dragonlance.

During this time I discovered other games.  I remember playing Star Frontiers and Marvel Super Heroes a lot.  In high school I joined game club at the local community college and suddenly every game was opened up. If there was an RPG published in the 80's, I played it.  For some reason, and I don't remember why anymore, I lost interest in D&D.  I really got into Rolemaster and Runequest.  I think I must have been searching for more complicated rules. 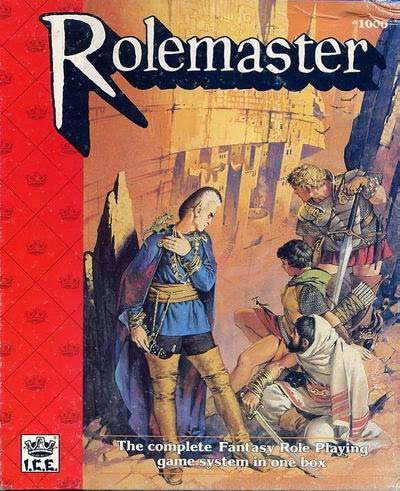 In Runequest, I was a player in an epic Glorantha campaign,  but as a GM my go to fantasy game became Rolemaster.  I started my Rolemaster campaign in Middle Earth. After a while though, I wanted that D&D "feel".   I had the characters magically transported to the Forgotten Realms and converted the Curse of the Azure Bonds adventure to Rolemaster.  I don't remember it being that hard. I think there must have been D&D to Rolemaster conversion rules in one of the books.  Looking back, I think Rolemaster was intended to be used as a D&D rule replacement. After that I only used D&D conversions. I converted the entire Ruins of Undermountain campaign and the Night Below campaign. Somewhere in there was another run through Tsjocanth as well.

When I went on to college, I lost touch with my Runequest GM but I still wanted to play. I recruited my friends and we played a Runequest game that lasted almost my entire college years.  I still have a lot of notes and characters sheets from that game. (Including, unknown to me at the time of course, my future wife's character.)

I still wanted to play D&D though. I wanted my new players to experience those great old D&D adventures.  I picked 2nd Edition D&D at a used bookstore. I wasn't impressed. I thought about converting the adventures to Runequest, but that seemed like a  lot of work.  I fell back on my old friend Rolemaster, except by this time, I had tired of it's complexity.  I created aof mash up of the two games.  The characters were created using AD&D and I used the combat system from Rolemaster.  I had a single sheet of rules that I wrote up that told how to compute your Rolemaster combat stats using the AD&D stats.  It was actually pretty easy.  The magic system didn't quite fit, but no one seemed to care.  I ran my former Runequest players through the Temple of Elemental Evil campaign and everyone had a blast.

Email ThisBlogThis!Share to TwitterShare to FacebookShare to Pinterest
Labels: D&D, my campaigns