Through Blood and Ice 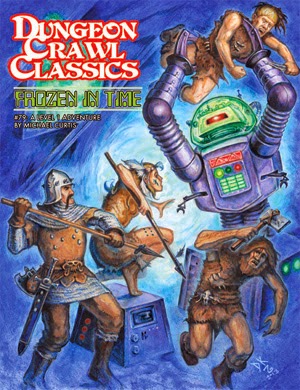 Through blood and ice, nine brave peons have crawled their way out of +Michael Curtis's Frozen in Time!

Twenty brave souls ventured in to the smoky tunnels.

One fell down the glacier and died before even entering a tunnel.
One was eaten by the bore worms in the tunnels.
One was killed by Robbie the Robot.
One was neatly disintegrated by an exploding blaster rifle.
Three were messily slain by the owl bear.
And the T-Rex ate the last four.

The survivors emerged, changed, no longer hapless peons, but adventurers!