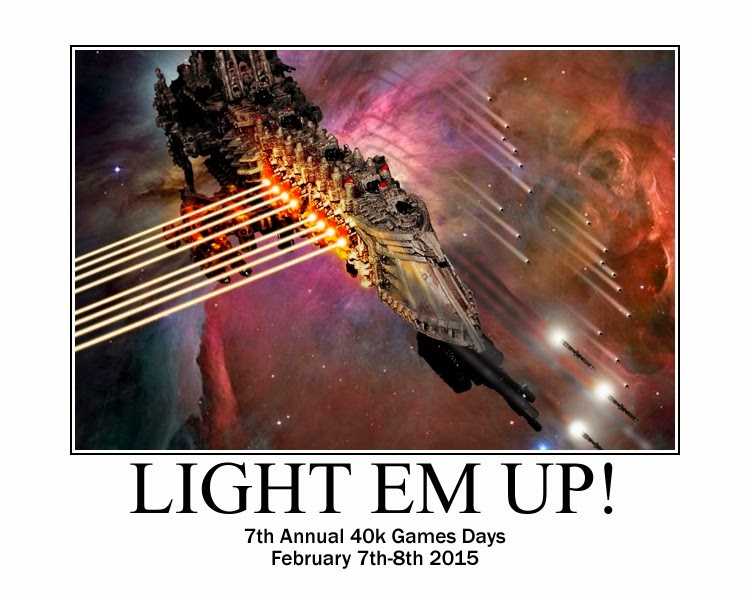 This is it. The weekend where I host what amounts to our very own private gaming con at my house.   The festivities begin this Friday with my DCC Thundarr game and continue into the night and all weekend.

Echris's Space Marines -   We flew across the universe in our cathedral sized spaceship to hit you with a chainsaw sword. And shoot full auto rocket launchers.

Grady's Chaos Marines - We got tired of the Emperor's BS.

Grant's Chaos Demons -  Incomprehensible space gods from another dimension who have come here to hit you with an axe.