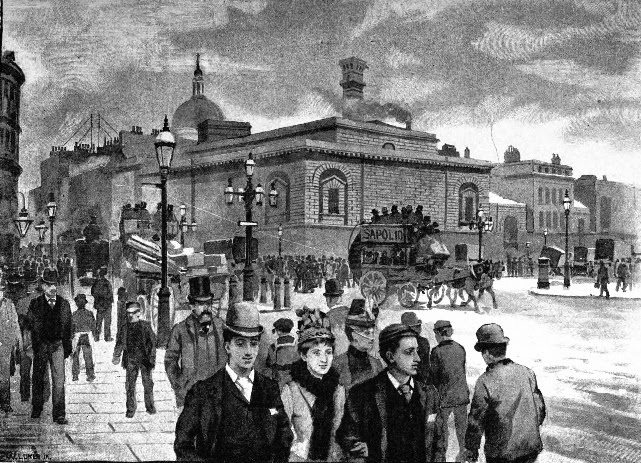 My wife and I recently binged watched the entire first season of Penny Dreadful. It was so good it made me want to run a Victorian era Call of Cthulhu game. My players were on board with it so I picked up Cthulhu by Gaslight. I was underwhelmed by the character options in the book. I wanted "weird" Victorian characters. I came up with a few new career options for my players. I wrote these up for 7th Edition Call of Cthulhu but you can use them for any edition.

Occultist - Like Alister Crowley, someone who dabbles in real magic. Uses the Occultist career. This character can have up to 10 points in Cthulhu Mythos with appropriate SAN loss and an insanity. They may start the game with 1 or 2 spells at Keeper's discretion.
Mad Scientist - Like Victor Frankenstein, their studies go beyond the bounds of normal science. Uses the Scientist career. May trade up to 20 points of starting SAN for 20 points in INT or EDU. Starts with at least one insanity. (If using 6th Edition or earlier trade 5 points of SAN per one point of INT or EDU)
Steam Engineer-  This is the age of steam and the engineers keep it running. Use the Engineer career. May start the game with one clockwork or steampunk device. The device is something that exists today but would be beyond the technology of Victorian England. For example, night vision goggles or a fully automatic firearm.
Psychic - Gifted with supernatural abilities that they don't understand. The Psychic has little control over their gift.
Skills- Language (Own or Other), Library Use, Listen, Occult, three science or professional skills plus any two other skills. Start with a skill of POW/2 in psychic ability. Their psychic ability functions like precognition, psychometric, and empathy all rolled into one. The psychic can't use their ability at will. The power activates at the Keeper's discretion.The player may be able to influence its use by employing Tarot Cards, tea leaves, etc.
Parapsychologist - Parapsychology didn't exist in Victorian England. This person would probably have been called an "Alienist." Uses the rulebook career for the Parapsychologist. May sacrifice 10 SAN for 10 Cthulhu Mythos.
Alchemist - Use the Pharmacist career, but replace Accounting with Occult. May start the game with a few alchemical creations.


Surprisingly, my group ended up with a mad scientist and a psychic but none of the others.  The others chose a servant and a criminal.
Posted by Ryan at 2:42 PM