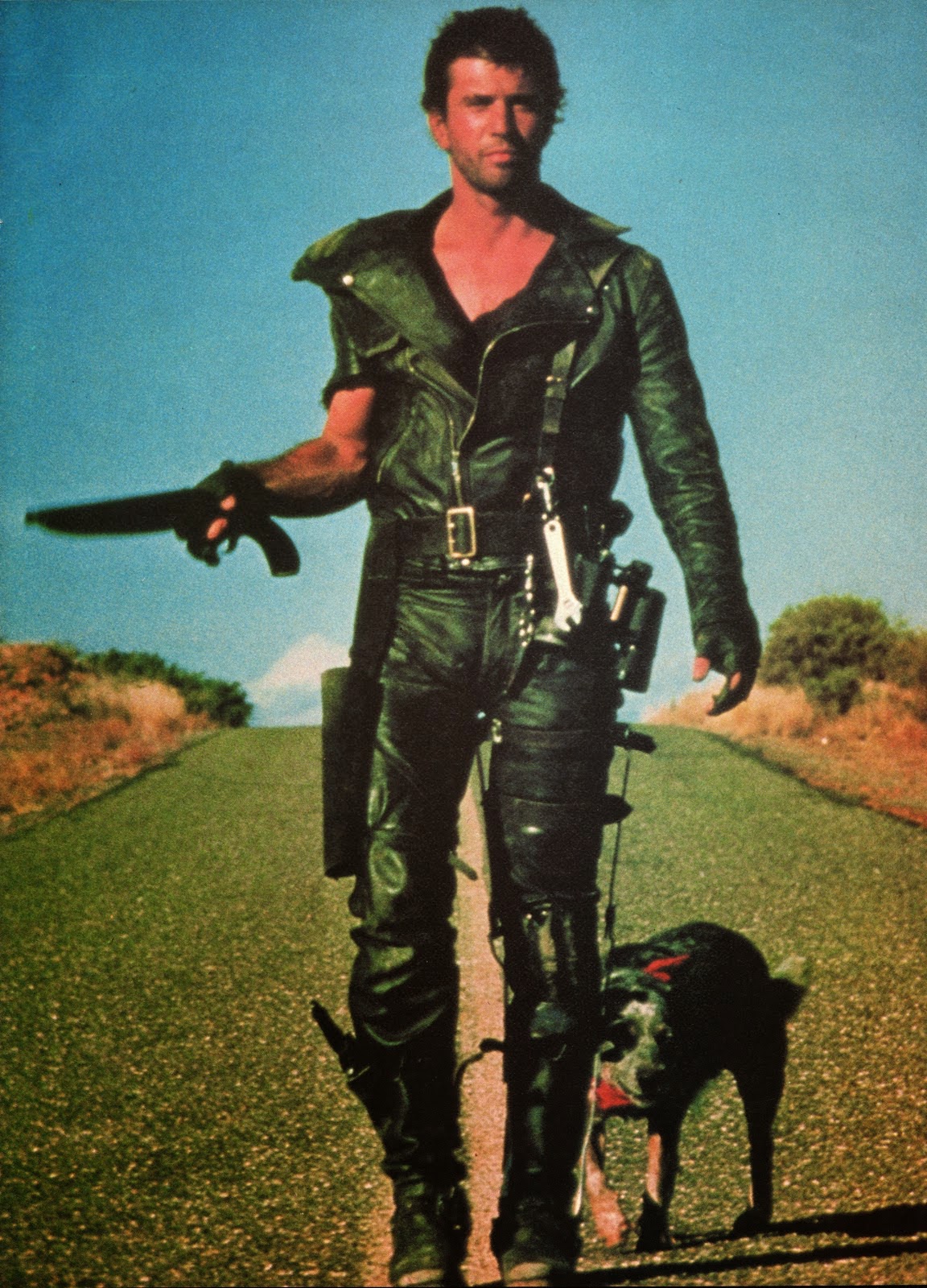 Back in January, I posted the characters (part 1 part 2) for my DCC Thundarr campaign. One of the archetypes I had outlined was a Road Warrior. After the first set went up, +Reid San Filippo offered me a sneak preview of his latest Crawling Under a Broken Moon zine. It's all about the post-apocalyptic roadways. I promised Reid I wouldn't post about the Road Warrior before he released Issue Six. It's out now!  Here's a set of iconic vehicles and the Road Warrior for your DCC game. See CUABM Issue #6 for a full explanation of the vehicle stats.

Raider Warlord Truck: Keeper Truck: Init +1; Atk rundown +6 melee (3d10+Ram); AC 16*; HD d12; HP:36 Speed cruise 3/ max 5; Act 1d20; SV Fort +6, Ref 0, Will NA; Fuel Tank 1d12; Guzzle 6.
Basic Traits: Open, Armored (+2 AC for passengers ); Dangerous, ramplate ; 3 Weapon Mounts
2X  compressed air arrow launcher - Atk: as gunner  Dam:1d6 Fires 3 arrows at the same time, one shot only until reloaded, takes two turns to reload.
Flamethrower: Atk: as gunner Dam:3d6 Close range only Ref save DC15 or catch fire; 1d6 damage per turn until save is made or fire is put out by other means.
The raider warlord keeps all the best parts for himself.  This vehicle requires a minimum crew of 4. The warlord often sits on top or in the rear on a custom built throne of car parts.

The Road Warrior
(The character sheet is by +Diogo Nogueira and is available here.)