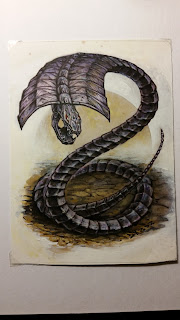 I'm always after my group to come up with a name for their adventuring band. In our Eberron campaign, they called themselves "Blue Steel," which I thought was pretty good. They even named their flying ship "Steel's Edge." In our Ptolus game, when they registered with the adventurer's guild, they couldn't settle on a name.  I had the guild master put down their name as "Adventuring Guild #18." It stuck, and they went by the name AG18 for the rest of the campaign, much to the chagrin of some of the players.

About 2 years ago I started a Swords and Wizardry campaign for my regular gaming group. The campaign was was to be pure old school dungeon crawling. They started out in the Keep on the Borderlands. 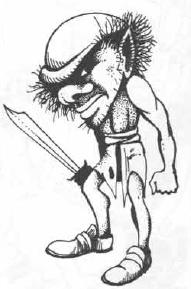 After looting an pillaging the Caves of Chaos, I took them through a mini campaign using two of my favorite old school adventures, UK2 The Sentinel and UK3 The Gauntlet. In the Sentinel the characters explore some caves that were inhabited by a band of Xvarts (shown on the right.) Stashed in the lair was a solid gold idol of a Xvart.


As soon as they saw Golden Xvart idol, the conversation went something like this:

Player one: "I know! We can call ourselves the Golden Xvarts!"

Player two: "There is no way we are calling ourselves that. People will call us the golden farts."

Player three: "Whatever, we are definitely taking that idol."

Later in the adventure, they encountered the an Iron Cobra. Immediately one of the players exclaimed:

"That's it! We're called Iron Cobra! I'm writing it down! No changes!"

Player two:  "Okay but the golden xvart is totally our mascot then."

Player three:  "Yeah we can melt down the idol and have little Xvart idols made for each of us to carry!"


And that's how my group came to be known as Iron Cobra, with a golden xvart for a mascot, and why I had to buy Doug's painting as soon as I saw it. One of the players even made a symbol for the group.  (Awesome Xvart flag by +Tracy O ) 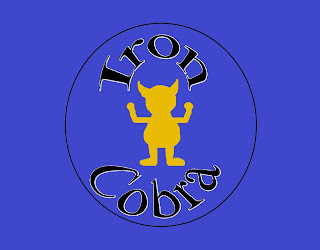