Here's the next 6 days of RPGaDay. Maybe I'll finally be caught up by the end of the month.

Day 5 - Most recent RPG purchase. You'd think this would be the massive pile of RPGs I bought at Gencon. However, last RPG purchase was Black Power, Black Magic, Vol2 by +Carl Bussler  and +Eric Hoffman. DCC six guns and sorcery can't be beat! 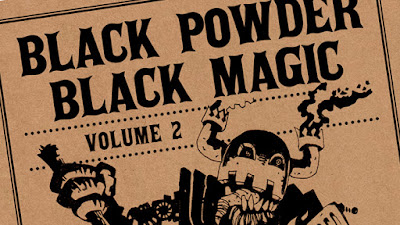 Day 6 - Most recent RPG played This would have been Dark Heresy but I had to cancel my game on Wednesday due to crazy work stuff. That means that last game I played was my monthly DCC game. Right now my players are in the midst of "The God Seed Awakens" by +Paul Wolfe 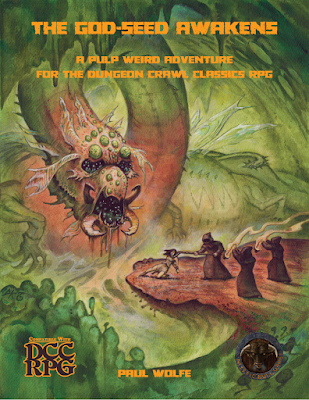 Day 7 - Favorite Free RPG  Did you know that the Swords and Wizardry rules are 100% free? If you want to play the best D&D retro-clone, you should go get them. 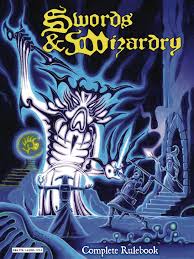 Day 8 - Favorite appearance by RPGs in the media. The D&D scene in ET. It was my favorite part of the movie when I was a kid. I had never seen a reference to D&D anywhere in the media before. I think I babbled about it to my mom for half an hour after the movie.

Day 9 - Favorite Media you wish was an RPG. +Tim Snider  picked Thundarr, which I agree with 100%. I think Tim's already done a fine job making that wish come true.

Day 10 - Favorite RPG Publisher. I bought almost everything Goodman Games released this year.  The GG staff, writers, artists go above and beyond to support the DCC community.