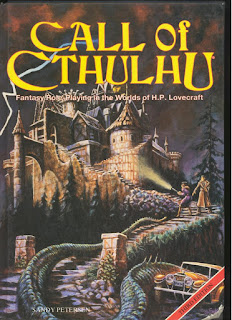 Day 20 - Favorite Horror RPG.  Back in high school I saw an ad for Beyond the Supernatural in Dragon magazine. The ad had this awesome artwork of three people fighting a supernatural monster using sub-machine gun. I wanted to play that game. I went to the game store and asked about buying it. The store owner said that it wasn't out yet but recommended Call of Cthulhu instead. He thought I would like it better. Wow, that was probably the best recommendation I've ever gotten at a game store. I have been running Call of Cthulhu ever since. 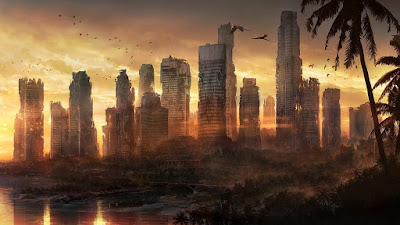 Day 21 - Favorite RPG Setting. I love fantasy RPGs but ever since I first read Gamma World I've been fascinated by the Post-Apocalypse setting. It's like playing D&D except the dungeons are abandoned hi-tech bases and the magic items are blaster rifles and power armor.
Posted by Ryan at 4:49 AM