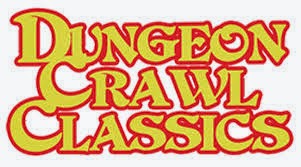 Day 25 - Favorite Revolutionary game mechanic  The Deed die in Dungeon Crawl Classics. In DCC, the fighter (and dwarf) don't have a fixed number for their attack bonus. Instead they roll an extra die along with the D20. Before rolling, the player can declare a "Mighty Deed" such as tripping, shield bashing, bull rushing, disarming, etc.  If the player both hits and rolls at least a 3 on their Deed die then the deed succeeds. I love how this mechanic takes every combat maneuver and feat and rolls it up one one simple mechanic. It also encourages player creativity! 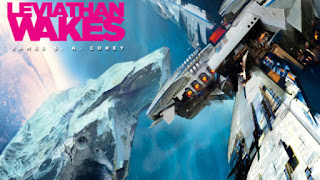 Day 26- Favorite Inspiration for your game. Does stealing from novels count as inspiration? I've taken scenes from The Expanse novels and used them in my Edge of the Empire game. The bad guys from the Hiero novels have put in an appearance and the entire Laundry Files series is literally a source book for Call of Cthulhu. Bob Howard just can't catch a break. 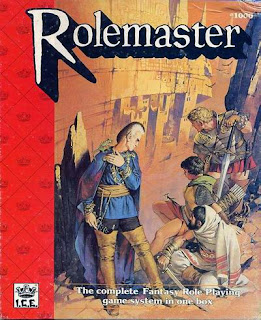 Day 27 - Favorite Idea for merging two games into one. This is all I did back in high school and college. I had a post-Apocalypse campaign that combined Aftermath, Runequest, and Call of Cthulhu. That didn't work out to well. I didn't really think through the implications of Runequest battle magic combined with guns. It was fun the few times we played though. My longest running combo was AD&D and Rolemaster. I was bored of the AD&D combat system, so I forklifted Rolemaster's with all it's lovely charts and crit tables. It worked surprisingly well. We played through some of the most famous AD&D dungeons, Temple of Elemental Evil and Ruins of Undermountain. the players still talk about it today.
Posted by Ryan at 9:59 AM