The War Rig for DCC 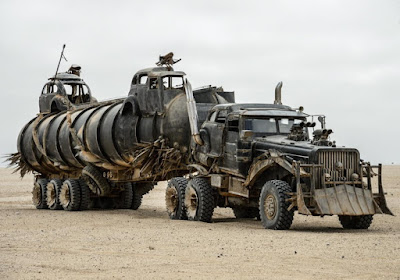 Reserve Tank: If the reserve tank is attached the War Rig's cruise and max speed drop by one but it gains an extra 1d8 fuel tank.

Defenders perch: The War rig has two armored perches for defenders on the front and rear of the trailer. Anyone in the perches receives the full benefit of the War Rig's AC.

Petrol Heads and Vehicle rules can be found in Crawling Under a Broken Moon issue #6.